We spent our final day in Greece in its capital, Athens.  I actually never heard much great stuff about Athens so I wasn’t going in with any expectations.  Other than it being unbearable hot, it was pretty nice.  We got off our over night ferry at 5:30am so we took the bus out to the airport to drop off our luggage and freshen up a bit.  Once we got into the city we decided we should hit up the Acropolis and the Parthenon before the real heat set in.  It was already swarming with tourists but I think I got some good shots without those distractions! This first one is Martin’s!

Here we have a HUGE amphitheater. 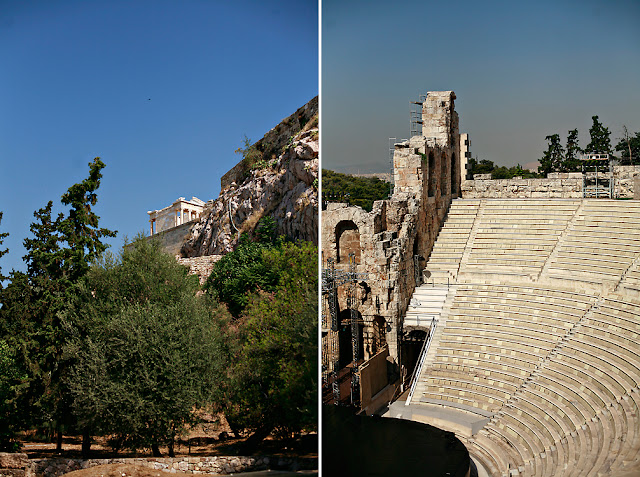 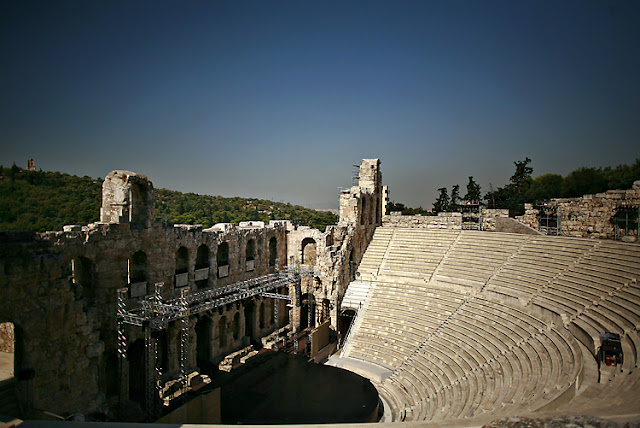 A nice view of the city. 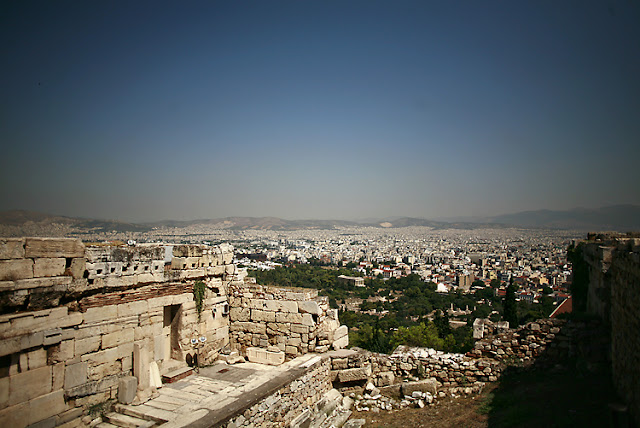 Its amazing to me how so much of these structures are still standing and its so awesome to see all the details that I studied in all my art history classes – the columns are beautiful! 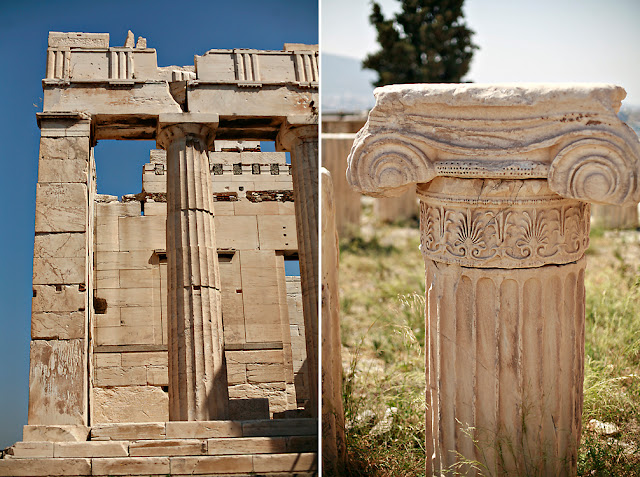 Don’t you love these sexy ladies on the side here? 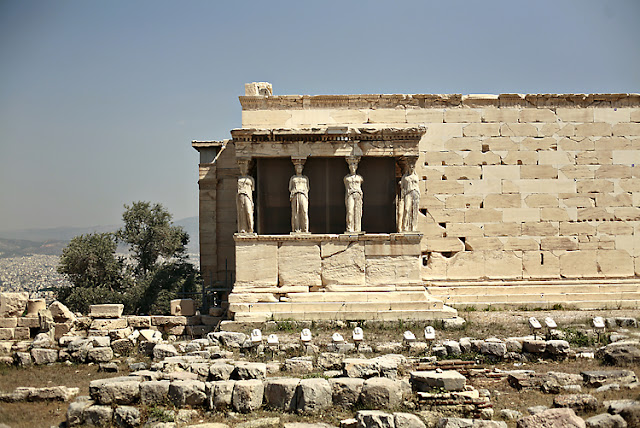 This here is my favorite corner of the Parthenon, although you probably can’t see it in this picture, this corner still has a horse head and a dude “holding up” ceiling.  Its quite marvelous. 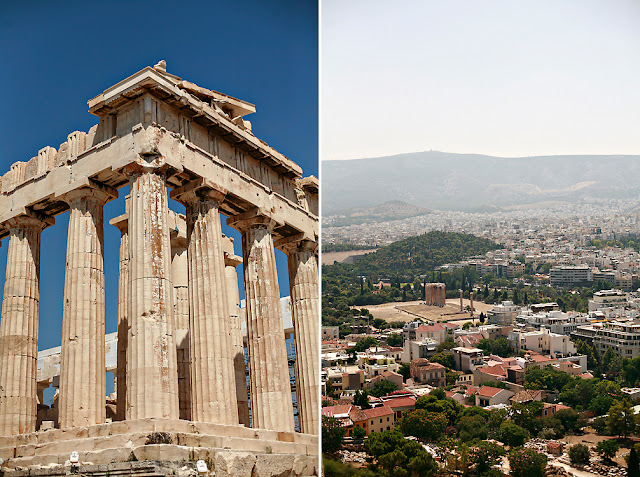 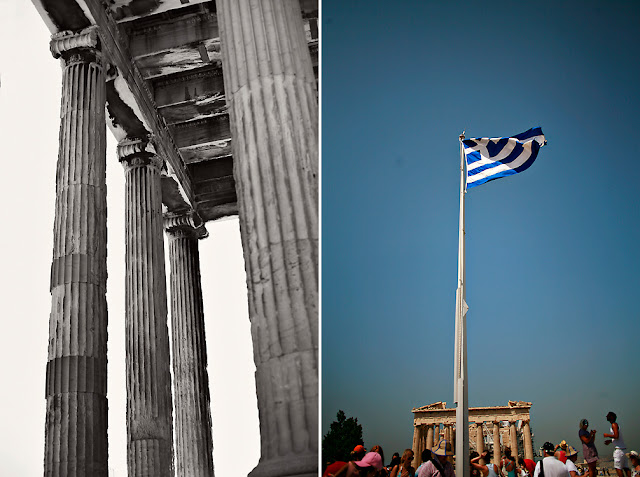 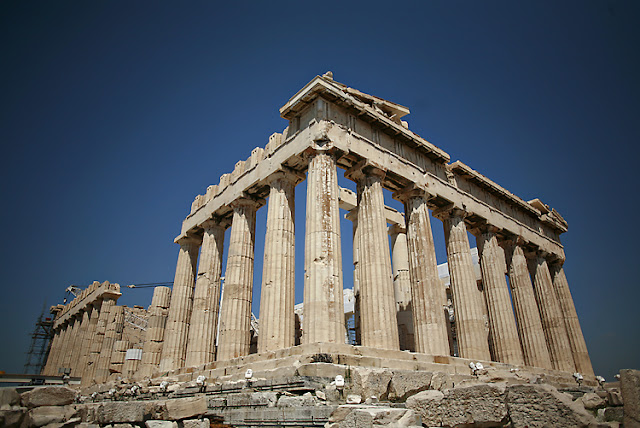 When you pay to go into the Acropolis, your ticket is also good for 6 other things – which is good because the price is kinda hefty at 12 euros.  So afterwards, we took a stroll around to see a few.  Below is a church and the Temple of Olympian Zeus. 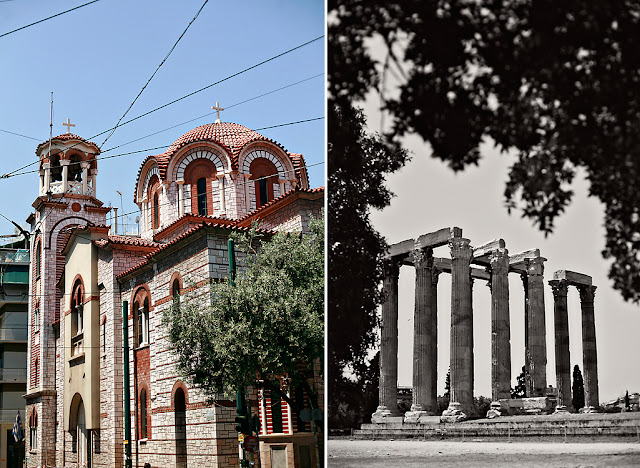 This is the Kerameikos – the area of the city where the potters worked – and where we get the word ceramics.  Its now of course just a bunch of ruins but they do have a really nice museum with lots of artifacts. 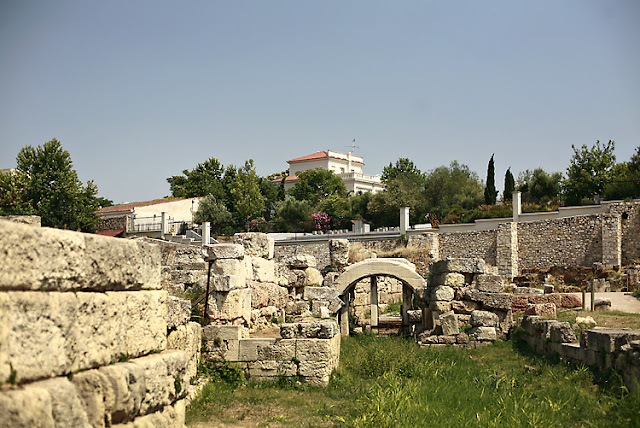 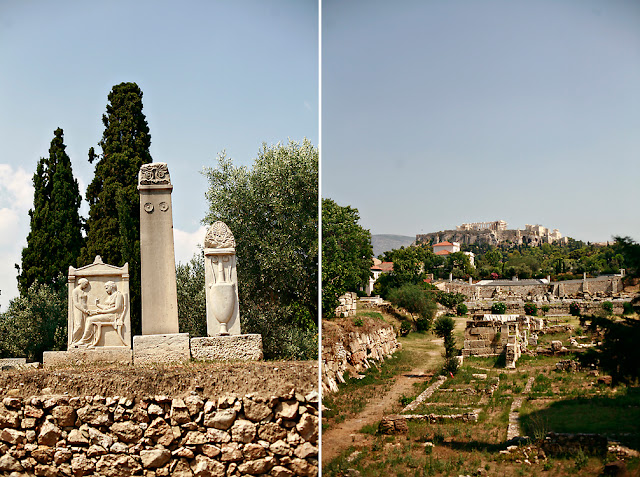 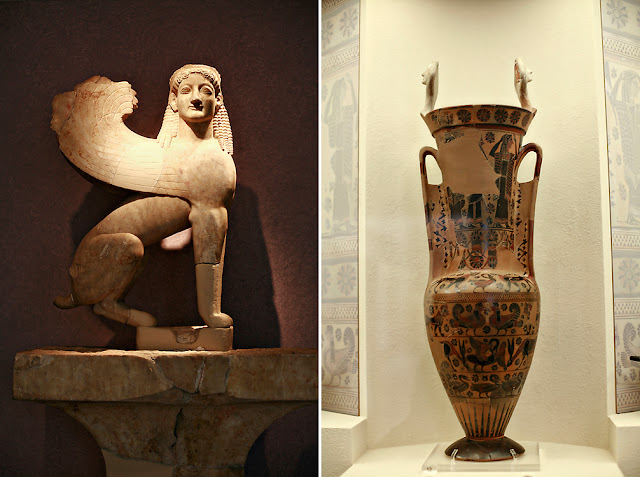 A pretty church and one of my favorite pictures from the day. 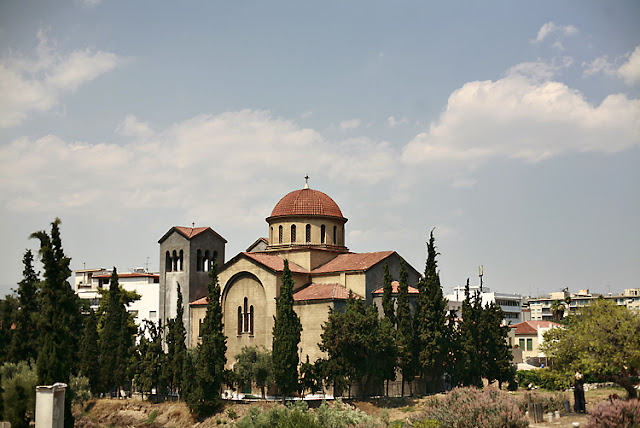 On the right is the Parliament building.  Outside were people protesting and camping out and other shenanigans.

After this, we were tuckered out completely so we went to McDonalds for cheap icecream and a few minutes of internet.  Then we decided to just head back to the airport so we could sit in some nice air conditioning!
After spending the night on a cold hard floor – for the second night in a row – we finally boarded a flight to Instanbul! We are here now, today we went to the Hagia Sophia and the Blue Mosque – both so unimaginably beautiful I could hardly stand it! But youll have to stay tuned for those pictures!