After two sleepless nights, one on the overnight ferry to Athens and then one in the Athens airport, we finally arrived to Istanbul.  Despite our groggy first day, Istanbul quickly took its place as one of our all time favorite cities.  It won’t take you long to see why.  Ever since we’ve known our friend Alev, she has raved about her home city so we knew we had to visit, unfortunately she and Baris couldn’t make it this time to show us around.  So Alev hooked us up with her awesome uncle.  We were going to meet up with him on the second day, so on this first day we decided we should knock out the two famous mosques, the first – Hagia Sophia.  In its time, it has been an orthodox church, a mosque and now a museum.  I studied the Hagia Sophia in my art history classes but nothing prepared me for the beauty inside… 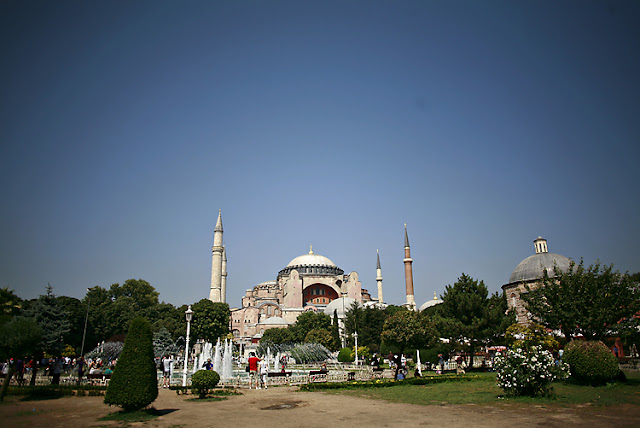 I was literally taken away. 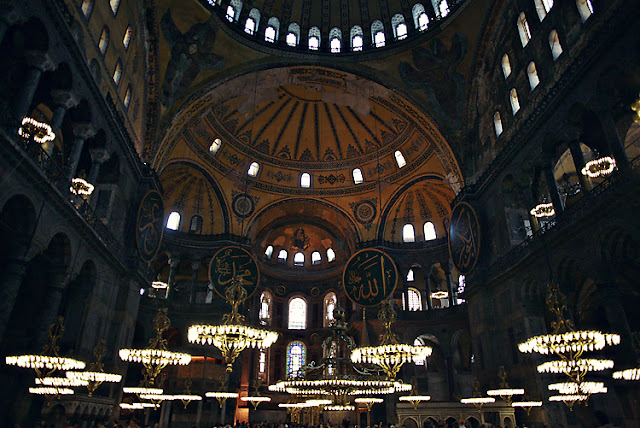 I wish these pictures could give you a better feel of what its like to be inside, for me, all of these chandeliers were just magical.  I really felt in another world.

We were unsure why everything was in arabic but Alev’s uncle, Hamza, later informed us that originally, they used arabic as their written language and it was only 90 years ago that they switched to a latin alphabet.  Can you imagine making the switch to a completely new alphabet? And then translating everything!? 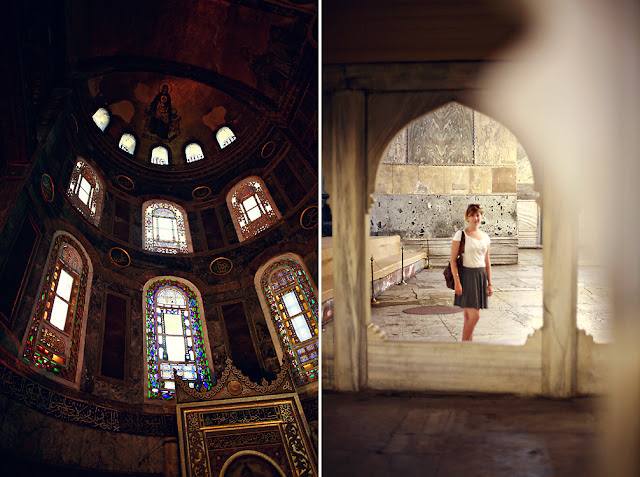 The detail to the architecture just kills me, its incredible. 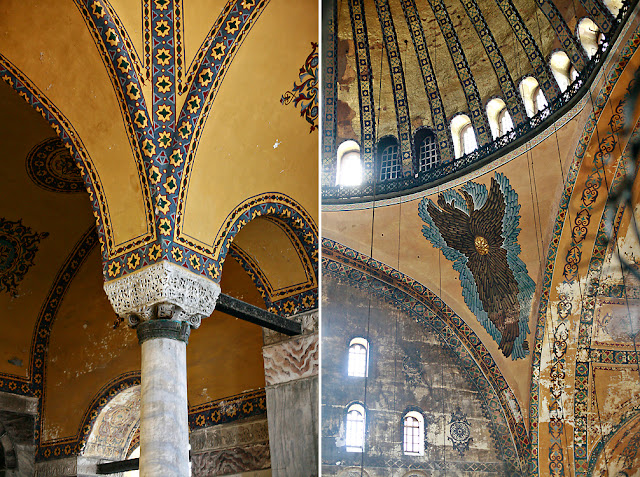 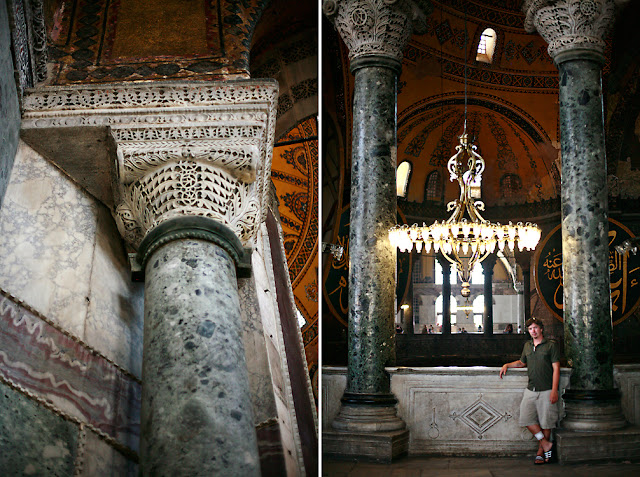 After taking a break in the shade, we went to the Sultan Ahmed Mosque – or more popularly known as the Blue Mosque.  I wasn’t sure that we would even be able to enter as there were signs everywhere saying you had to wear a long skirt and scarf.  But they conveniently provided the women with coverups.  At the time, the Blue Mosque was the only other mosque other than Mecca to have 6 minarets.  In order to not seem arrogant, the Sultan ordered a 7th minaret to be built at Mecca.  I thought that was a funny tidbit of info – I’ll leave the others to Martin since that’s what he does best. 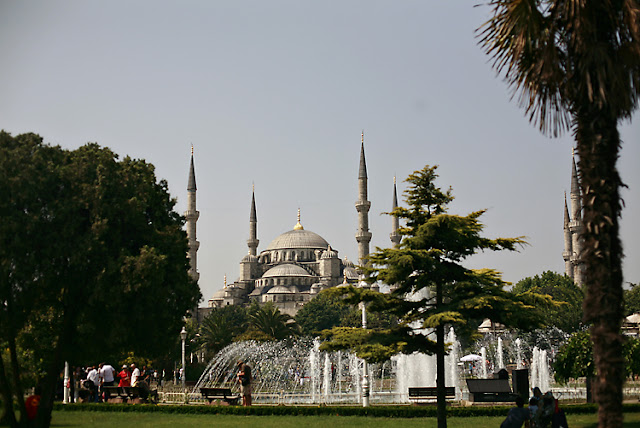 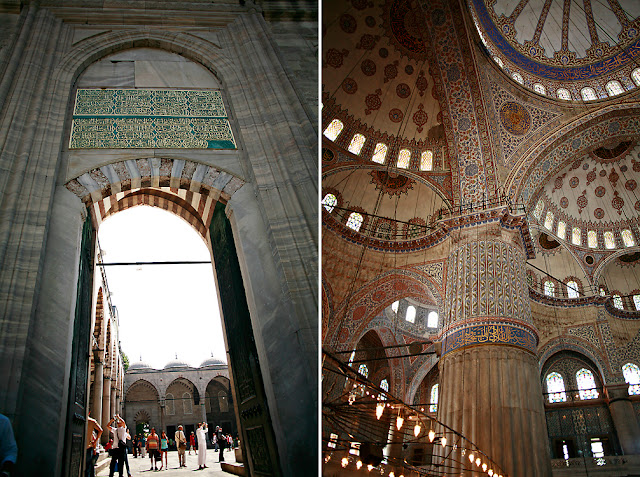 The interior of this mosque is equally astounding, the majority of the interior is covered in tiny tiles and blue paint.  Its breathtaking.  It also has the low hanging chandeliers. 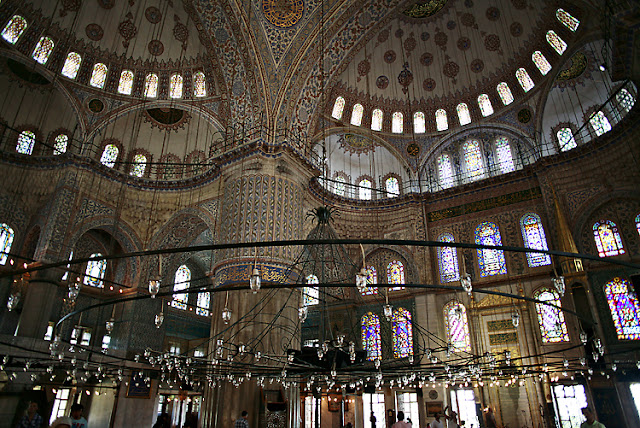 Since this mosque is still used for prayer, your visit is very limited, but I very much appreciate them opening their doors to tourists. 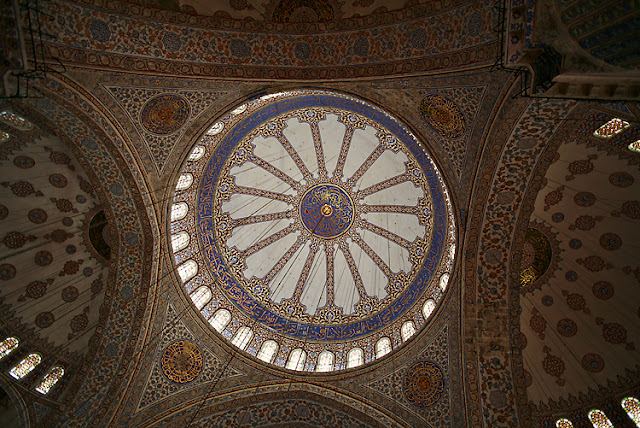 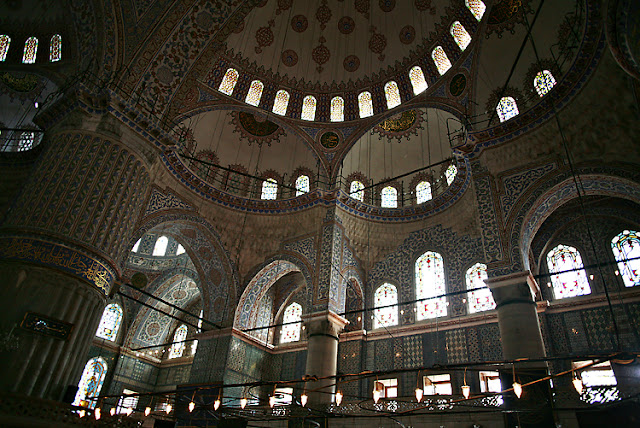 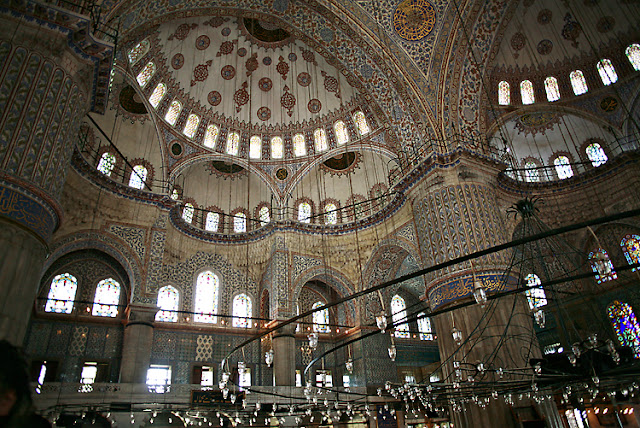 You can get a great view from the interior courtyard. 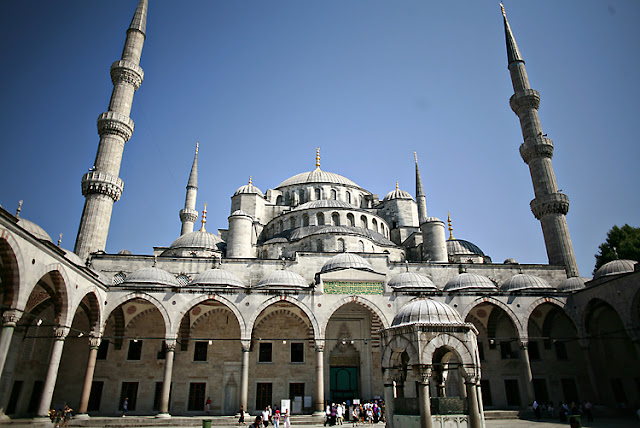 Later that evening we took a stroll across this bridge, naively thinking we were crossing into Asia for dinner – oh silly us.  But the walk was beautiful as the sun was setting… 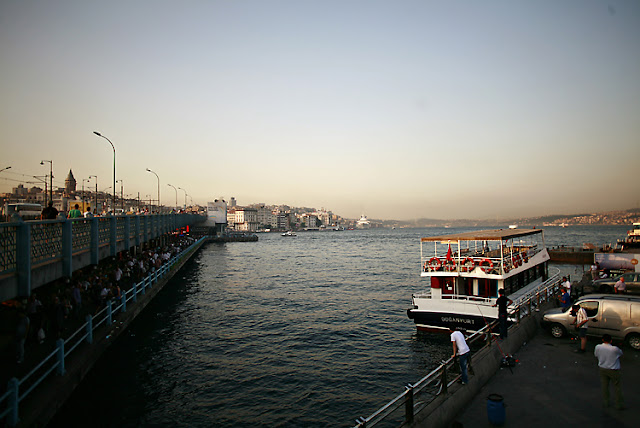 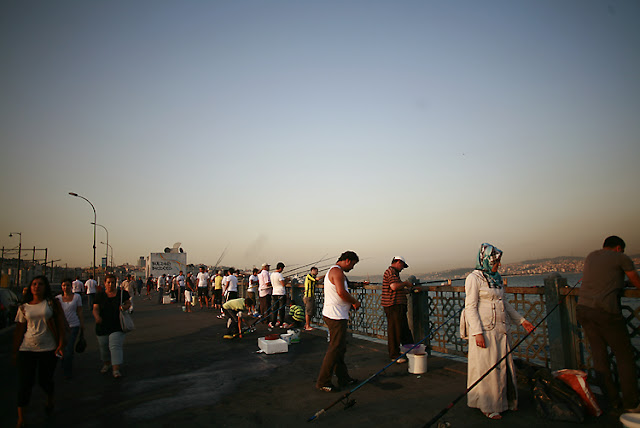 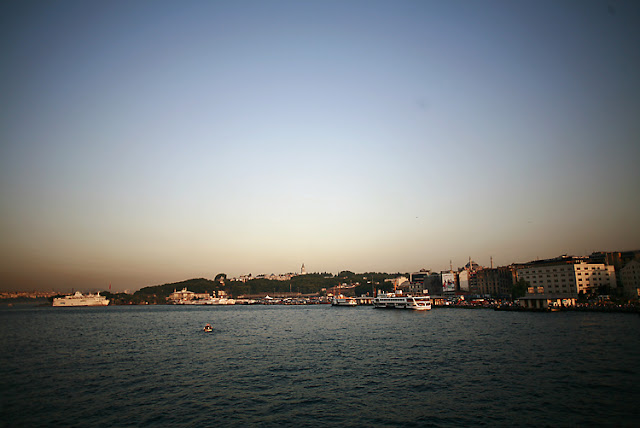 and we stumbled upon the Galata Tower.  This area immediately became our favorite little area.  Its got really cute little boutiques and lots of fun bars and restaurants, reminding me of our neighborhood in Madrid – Tribunal. 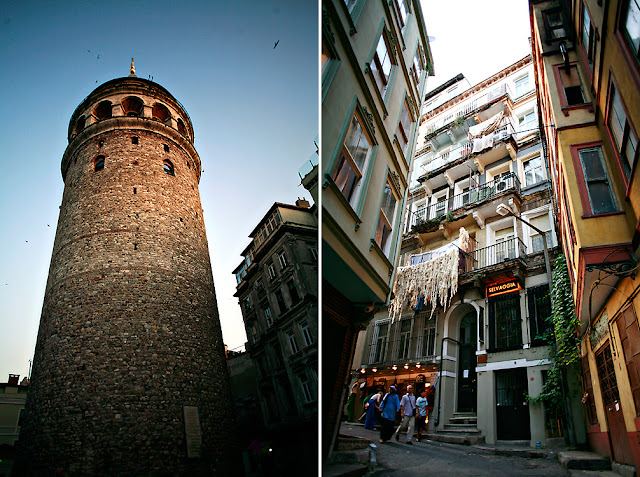 We are now in Sofia, Bulgaria.  We took a night train that ended up being almost 2 hours late arriving.  Our wonderful couchsurfing host picked us up at the station and just fed us a delicious lunch.  Tonight we are joining her and her friends for a punk show.  Oh couchsurfing, how I love you.  Hopefully Ill be able to get the next 2 days of Istanbul up while we are here.