Ive recently started scanning in a whole ton of medium format film that I shot during both our times living in Europe, this past year and the 5 months in 2007.  It is a daunting task but now that I can see them, I am so excited to share them.  Ive decided, in order to be able to blog more regularly Im starting Film Fridays!  I know, so dorky, but its going to awesome, promise!  So the first diptych I have for you is from Tangiers, Morocco in 2007.  Martin and I spent a weekend with our friend Mark in Algeciras, Spain which is on the southern tip facing Africa.  We had planned to take a day trip to the rock of Gibraltar but we missed our train and arrived a day late.  We did make it on our day trip to Tangiers.  I have to say, not impressed.  If it wasn’t for getting a few great shots on film, I would have felt the trip to be a dud.  People say, if you go to Morocco, take a tour because it can be dangerous and most of the people harass you.  So we did. And its true. EVERYONE in the street is trying to sell you something. Watch out for the children especially! But the tour guide only took us around to his buddies’ stores to try and get us to buy stuff too.  So I feel like we did not get a genuine experience of the city, we hardly saw it at all.   So, if you go to Morocco…..chance it, go alone, and just watch your back! Y’all have a super fun Friday and beginning of your weekend.  Anyone have any good plans? 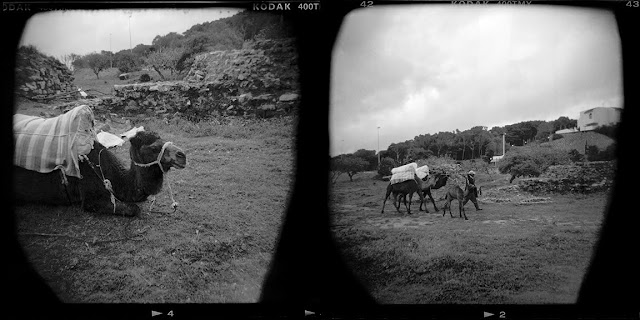