Our last stop in Croatia was Zagreb, the nation’s capital.  Martin told me that he didn’t really hear many good things about Zagreb from people staying in the hostels.  But I say, what do they know? Zagreb was my favorite city in Croatia.  Now, let me explain….if beaches and partying is what you want, then by all means, GO TO THE COAST.  But Im a dork and kinda lame and I really love a relaxing city where you can just meander and marvel at the pretties.  For us, Zagreb had a really good feel to it.  If you’re a traveler, you know what we mean, you get to a city and almost immediately you feel good in it.  It feels totally at ease and LIVABLE.  I could totally live here.Coming from the Plitvice Lakes, we got in kinda late, here’s the train station in the pretty evening golden light. 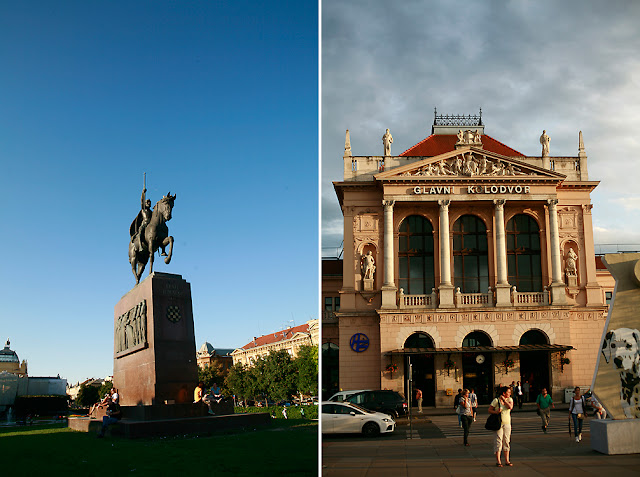 Next day we explored…Here is the Ban Jelačić Square, the central focus of the city.  You can see the Mandusevac Fountain which was built over a natural spring.  Legend has it that this was the main meeting point for witches…creepy! Also according to legend, its how Zagreb got its name….The croatian word for “to scoop up water” is zagrabiti.

This is the plaza in front of the Cathedral of the Assumption of the Blessed Virgin Mary.  Here you can also find St. Stephen’s Chapel and this fountain, the Virgin Mary with Angels. 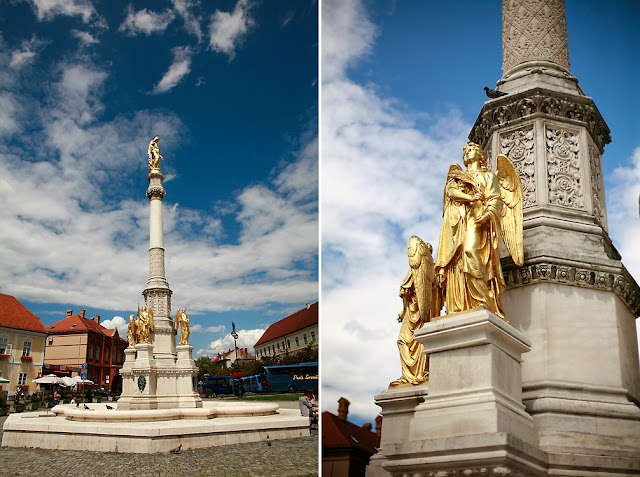 The Renaissance walls served as defensive walls against the Ottomans. 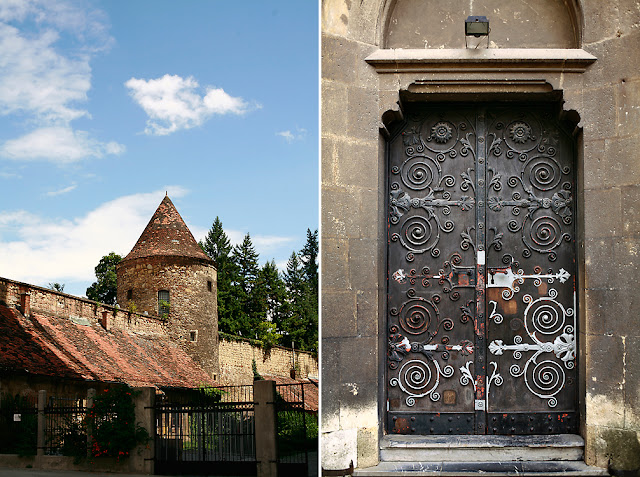 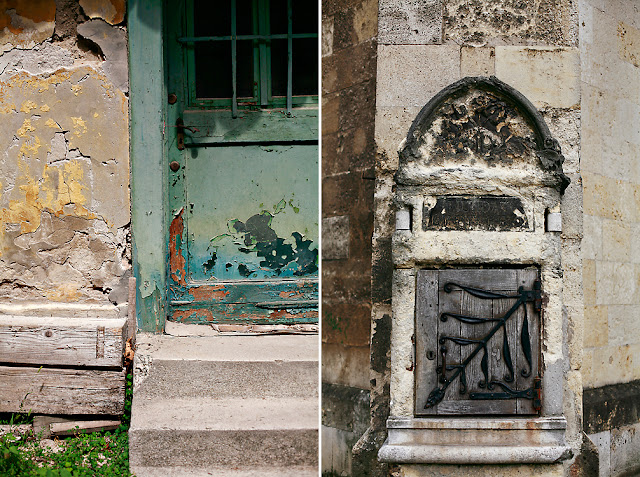 The Dolac Market – a huge market full of yummy looking fruits and veggies and some souvenirs, we bought raspberries! 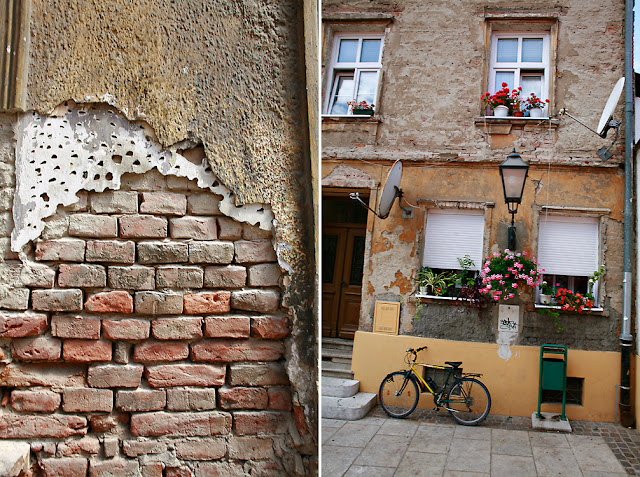 St. Mark’s Church.  The coat of arms on the left has a black kuna on the bottom.  The kuna is a marten weasel.  Also, kuna is the nation’s currency. 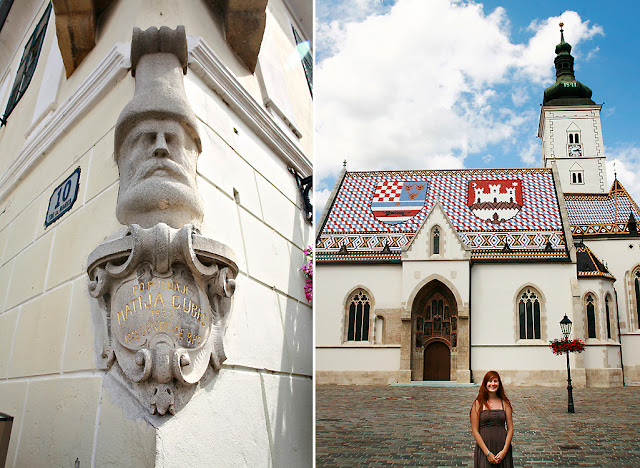 I was curious about the Croatian Museum of Naive Art, the world’s first museum dedicated to his genre of art.   I had never heard this term before, naive art, so I wanted to go in to see.  Luckily our student IDs came in handy once again and we got in for only 3 euros.  Like I guessed, Naive Art is created by artists without any schooling or training.  They are self-taught and often depict peasant themes.
First painting is by Ivan Vecenaj. 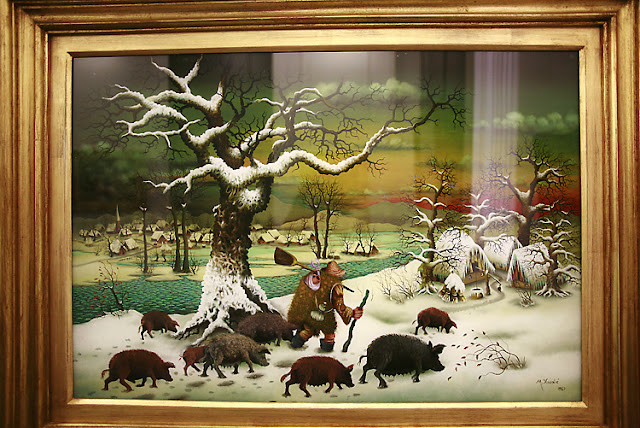 This is the artist that originally caught my eye and made me want to go into the museum, I love this artist, his paintings are so whimsical and happy – by Ivan Rabuzin.

After that, we went into the Museum of Broken Relationships.   People from all over the world donate momentos from broken relationships.  The items along with the story are exhibited in these museums.  There are several locations around the world and I think they tour too.  If you can go to one, GO, its really interesting.  Here’s some of my favorites. 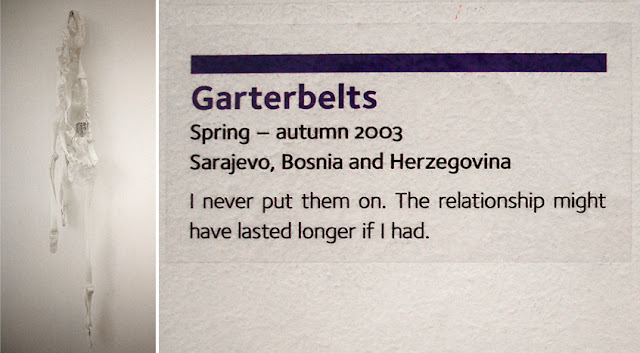 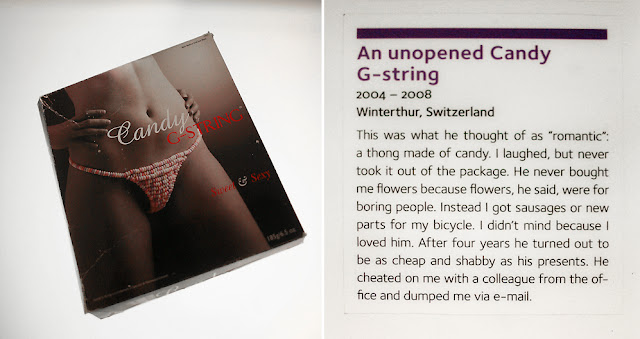 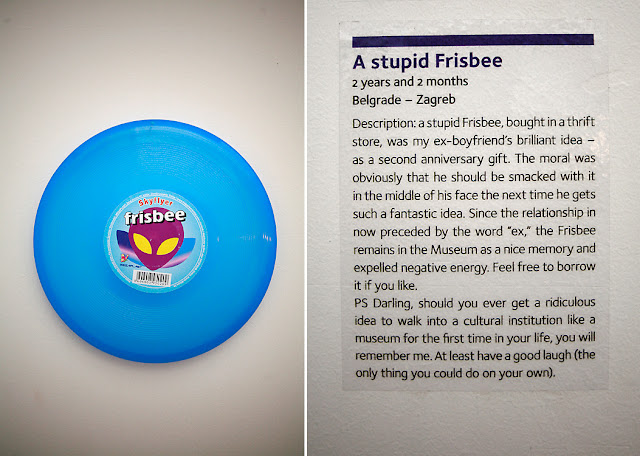 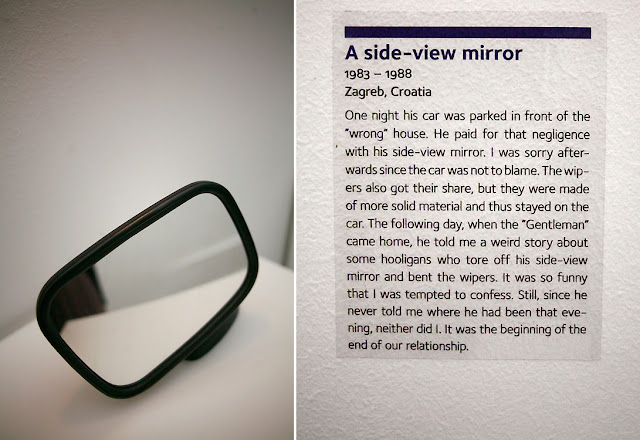 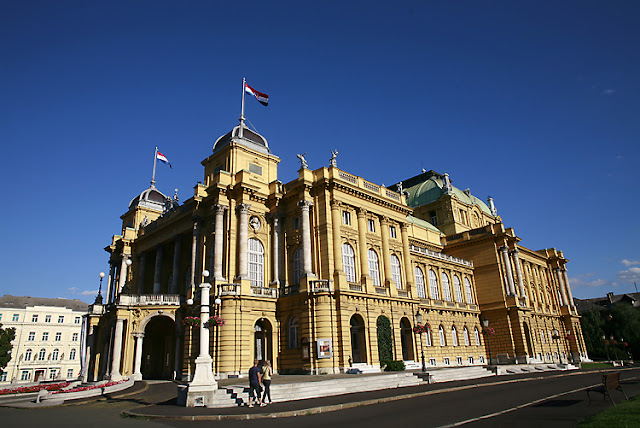 I read that the lightposts in a certain neighborhood were still gas, and at sunset, lamplighters still go around to light them.  I just HAD to see this and take pictures!  So about 2 hours before sunset we headed back over to the Cathedral to sit around and wait.  BUT THEY WERE ALREADY LIT.  Can you imagine disappointment? Damn you book! Sunset doesn’t mean 6 in the evening in summer! Little guide books can’t be trusted.

And because I didn’t get a good picture earlier, here’s a nice one of The Cathedral of the Assumption of the Blessed Virgin Mary. 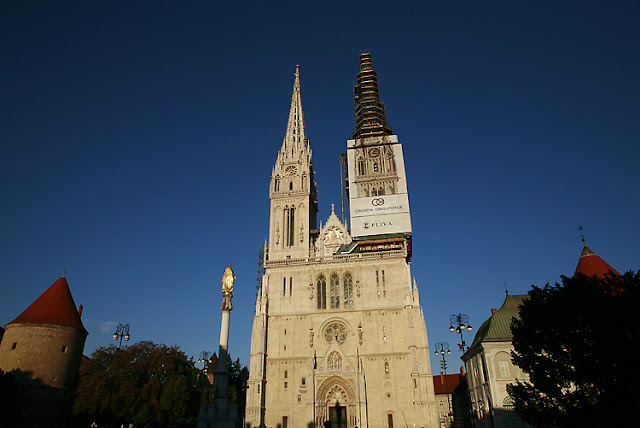 So, what do you think of Zagreb? TOTALLY livable, right?