So, we are now back in Madrid.  And I feel sooooooo behind on blogging and all things internet related! I can’t believe that I was only able to share the first few days while on the camino…..I didn’t expect the internet to be that inaccessible. Anyway, we are totally free for the whole month of October so I have no excuses for procrastinating further!So, as became our routine, we left Puente La Reina while it was still dark.  One of my favorite things about doing the Camino de Santiago was getting a beautiful sunrise each and every morning. 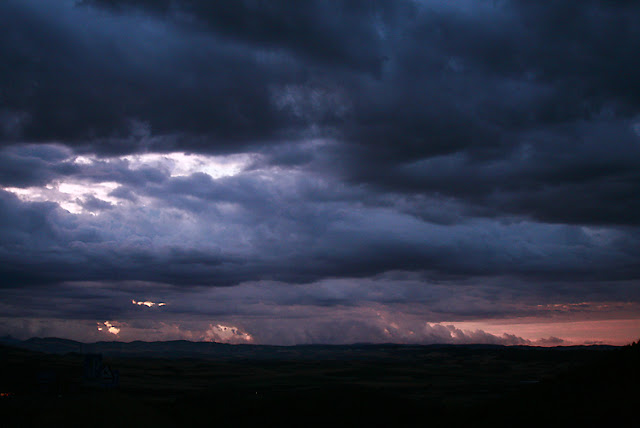 Here’s an example of the type of marker we had to look out for.  Either yellow arrows or the scallop shell. 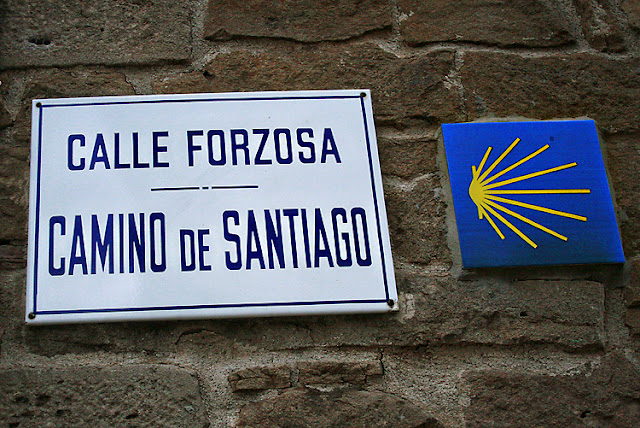 After climbing over the Pyrenees and their foothills, we reached a big stretch of vineyards and wheat fields. 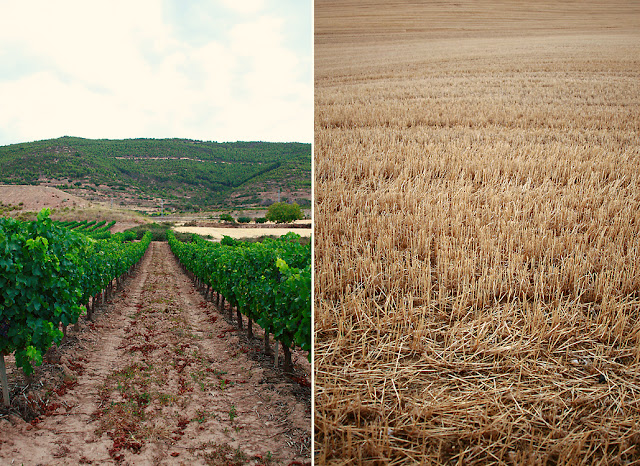 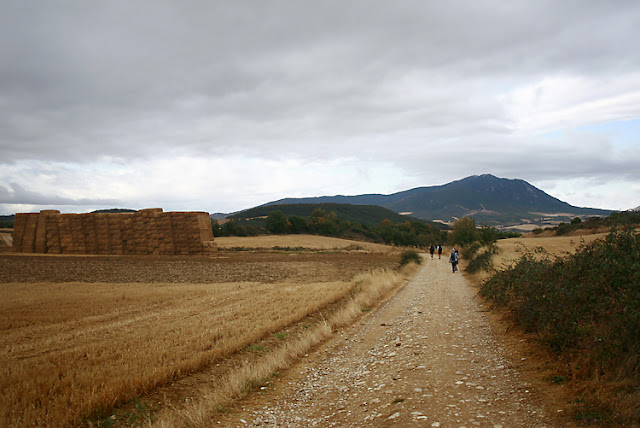 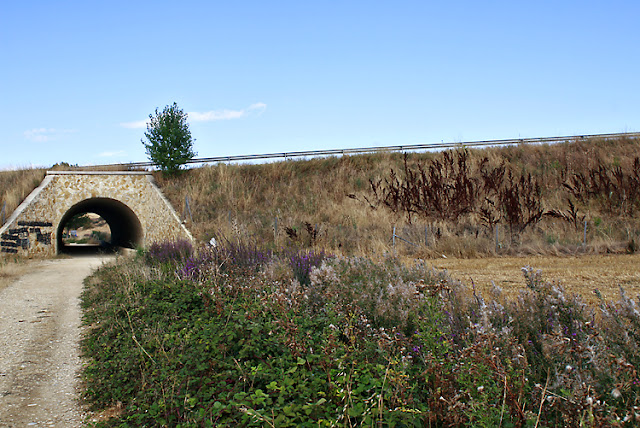 One of the towns we passed through en route to Estella.  Many of these towns have medieval bridges.  Isn’t it amazing how incredibly old things are in Europe? I mean these bridges are like a thousand years old. Thats serious. 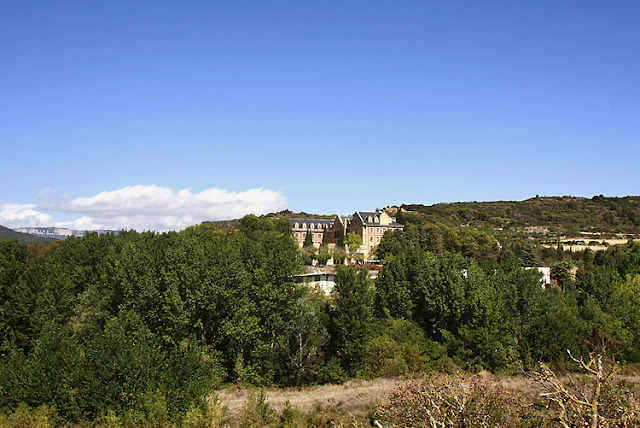 On our way into Estella there was this lovely fountain, one of many that you come to rely on to fill your water bottle – this one was beautiful, with lots of symbols of the camino. 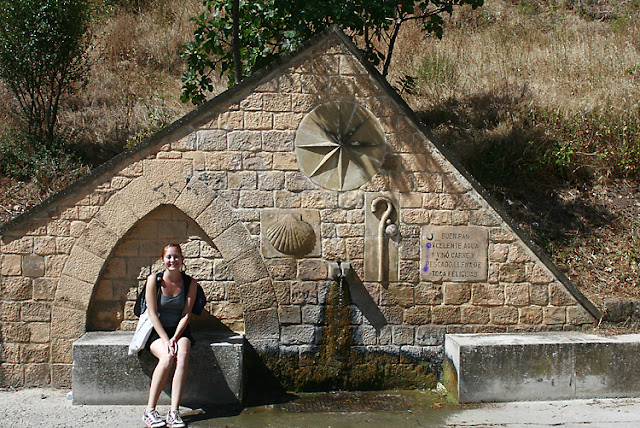 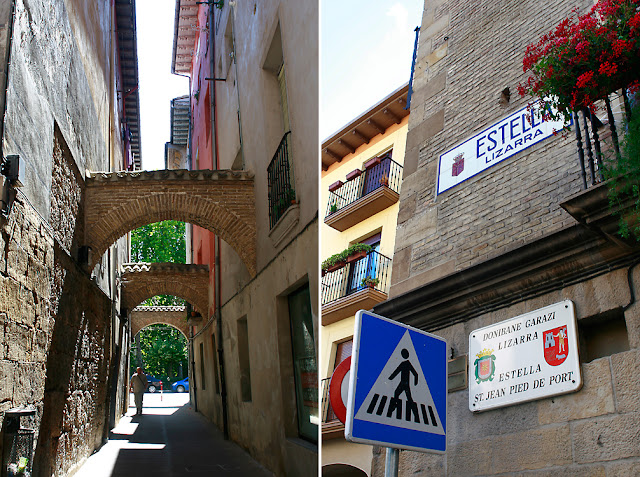 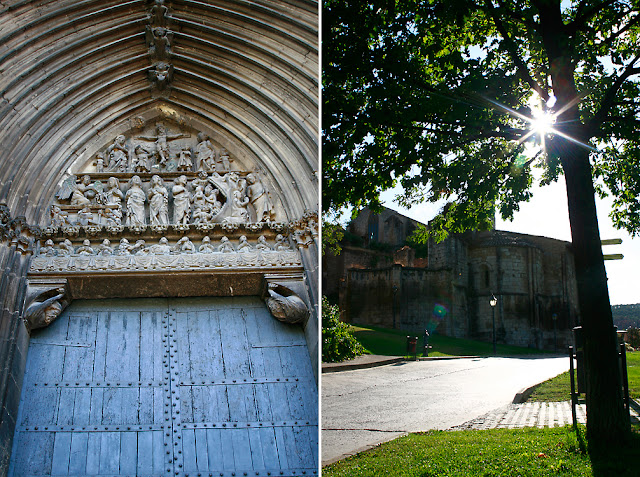 At first, the monotony and the routine and the discomfort of walking the camino really got to me.  I thought, why I am doing this with the last bit of my time in Spain instead of hanging out in Madrid, my home, with the people I love here.  But this day was the first day where I really started having fun and getting into the spirit.  And thats because of the people you meet.  We got in with this big bunch of Spanish people and the were just awesome.  We went to this bar just to have a drink and they just welcomed us to their table and starting feeding us and were totally interested in us two Americans in Spain.   Afterwards, we would walk with them along the trail and meet for drinks in each town. 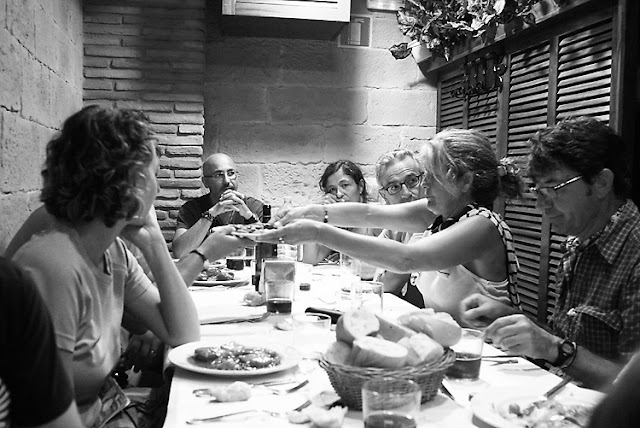 The next day was so pretty.  Its so hard to go through each day and only pick out a handful of pictures, especially on days like this one where you can’t take a bad picture.  However, Martin and I really want to put together an exhibition when we get home, so Ill be saving the best pictures for that.  However, these aren’t too shabby, are they? 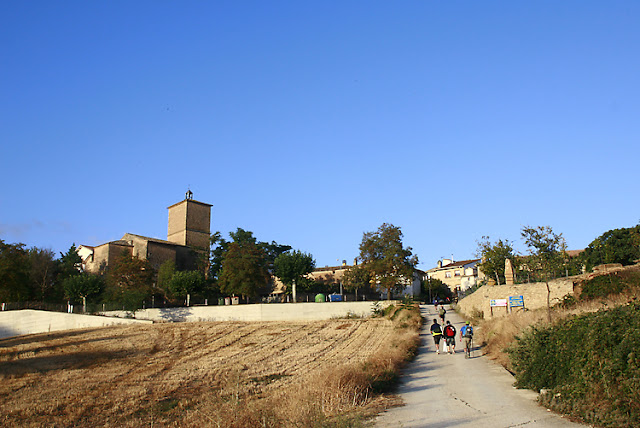 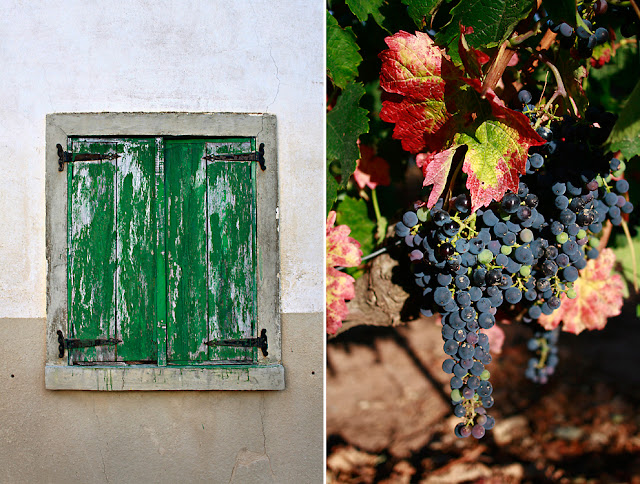 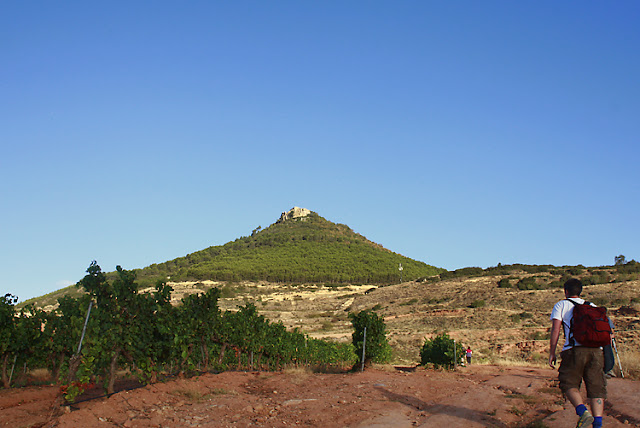 The endless golden wheat fields.  They had already been harvested…but apparently September and October are hunting months so we saw many hunters with their dogs hunting birds in these fields. 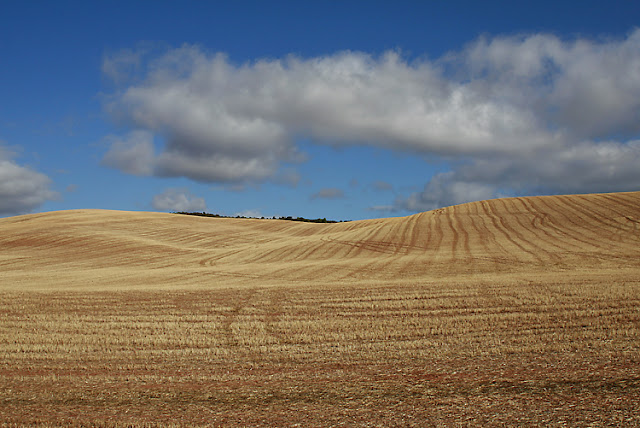 Its hard to see them, but there were some people resting on and against these haystacks.

Vineyards…..we were about to enter the La Rioja region, the most famous region in Spain for DELICIOUS wine! 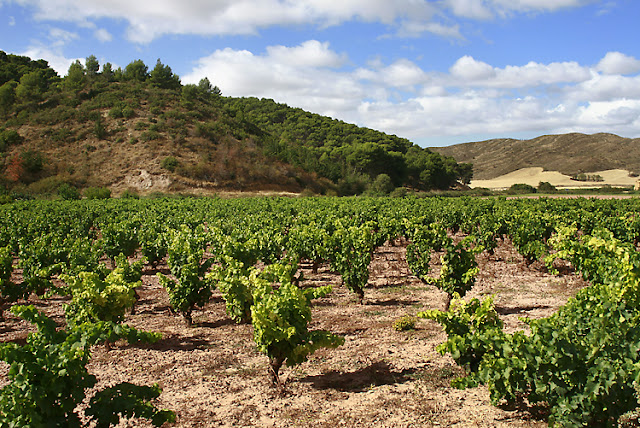 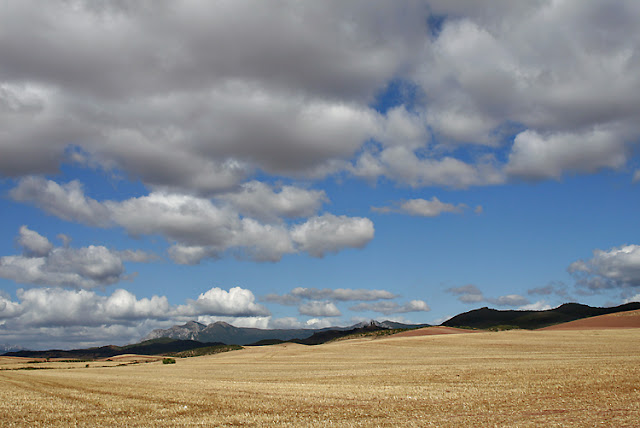 We reached Los Arcos but wanted to keep going on to Torres del Rio for the night.  So we stopped for lunch and a nice little sit down in a park

Then continued on.  All along the trail you will find piles of rocks that people leave, usually on the trail markers.  But here we passed an area where people created these huge piles of rocks.  You come across stuff like this a lot and its fun to see. 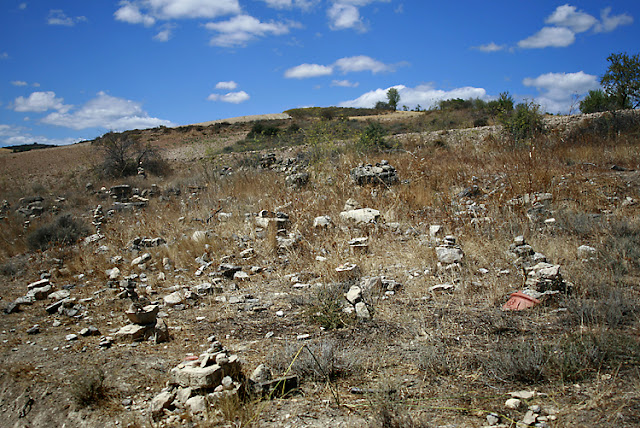 We finally made it to Torres del Rio.  Most of the albergues make you take your yucky shoes off so its kind of a sight to see everyone’s hiking boots all piled up together. 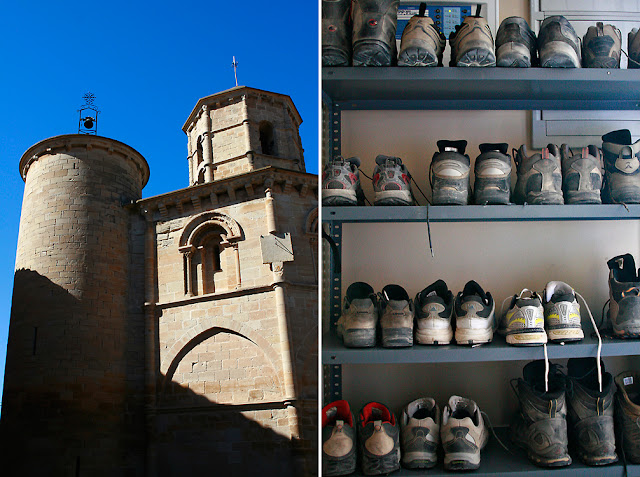 Hopefully Ill be able to keep myself disciplined on getting the rest of the trip posted on a regular basis, it took us 31 days in all so the task feels a little daunting right now!