When we were planning our trip to Croatia, we definitely knew we wanted to visit the Plitvice National Park, which you will see photos of in the next post.  Unsure of where we would catch a bus to this park, we decided we better spend a day in Zadar in the case it was easier to find a bus than in Zagreb, the capital.  Zadar is a cute little coastal town, just like the others, but less touristy, a little quieter and for this it was a nice relaxing day. 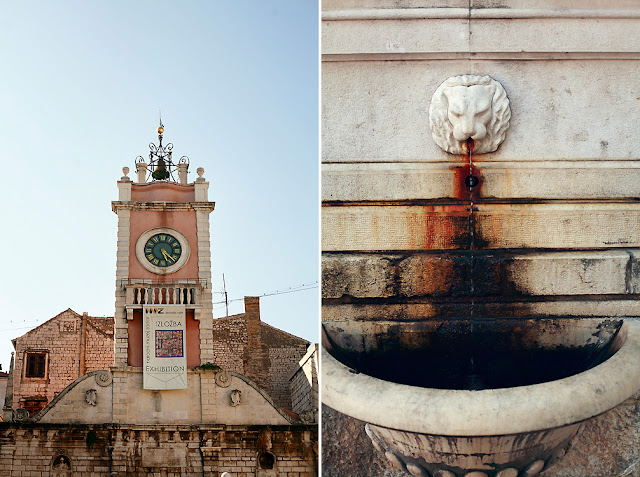 The Five Wells Square, appropriately named for its five wells. 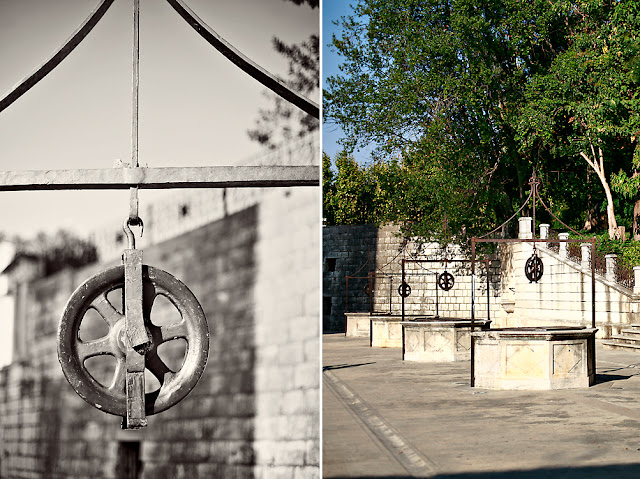 I love the lion on this gate – the main gate to the city. 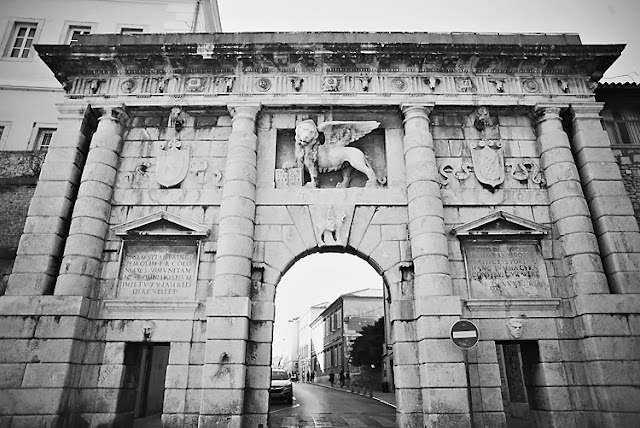 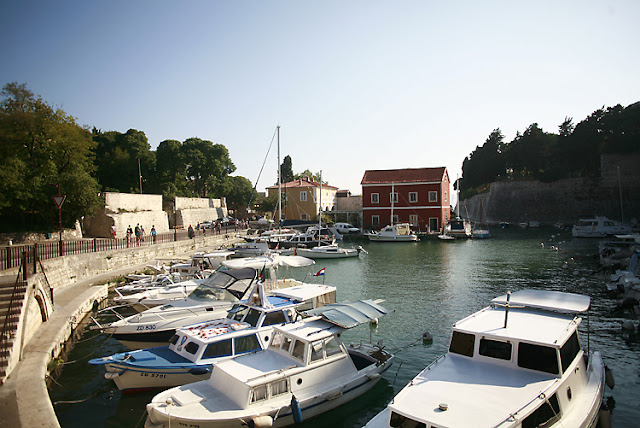 This little plaza was really nice because there were two important buildings that were really nice – St. Donatus Church… 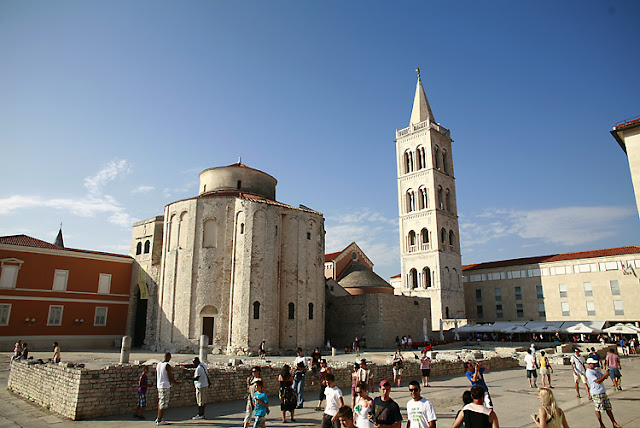 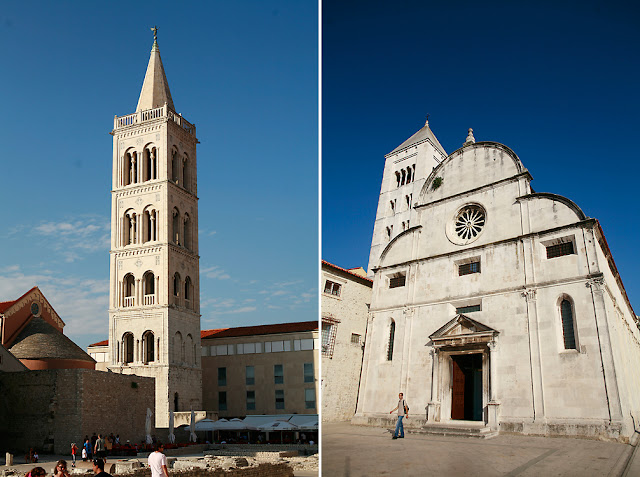 St. Donatus Church is one of the best preserved examples of Dalmatian architecture. 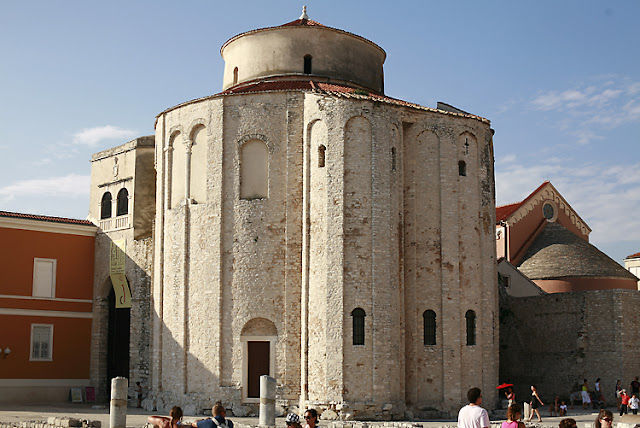 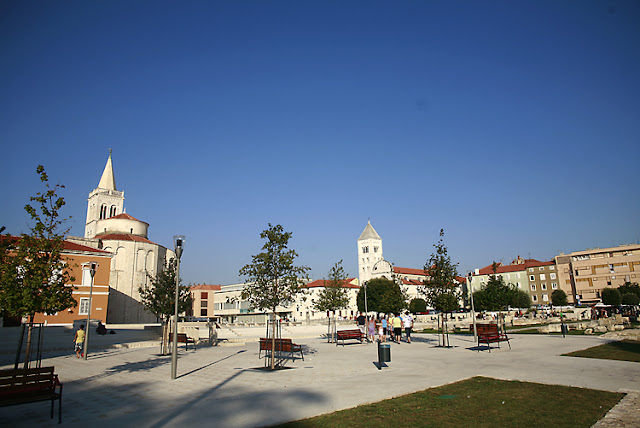 One of the most unique things that Zadar has is this sea organ.  This organ is driven by the sea and the wind and the sounds come out of these holes in the ground.  We sat and listened for awhile and the sounds mixed with the rhythm of the waves was a pretty cool experience.  There was a point where the waves got really choppy and the music became quite ominous.  The people of Zadar are really proud of this first ever sea organ that unites nature and architecture. 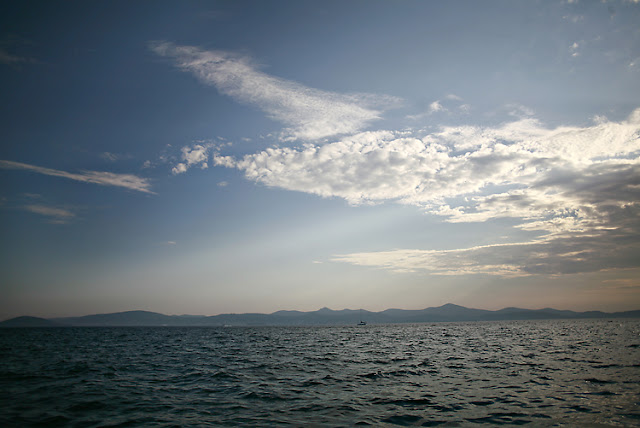 This is a big round area of solar panels called The Greeting to the Sun.  The sad part is is that we didn’t stay long enough to see what the panels actually power.  An after dark light show! How way awesome is that?! Too bad we missed it, but you can see it here on youtube. 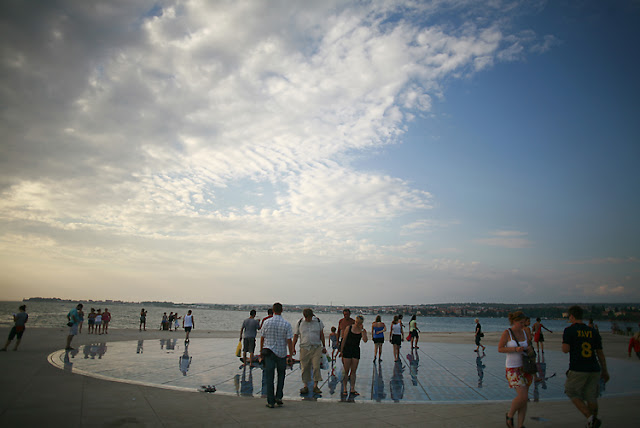 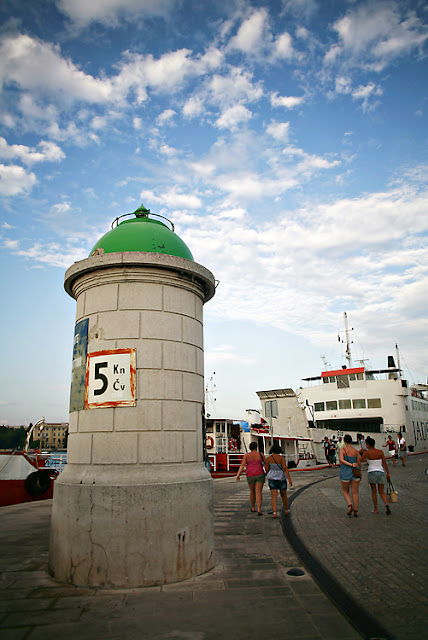 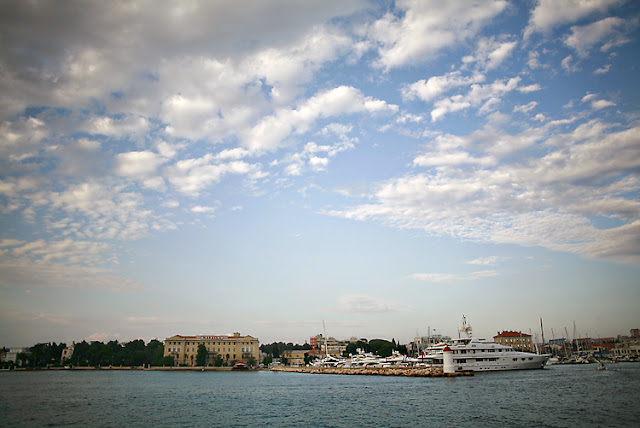 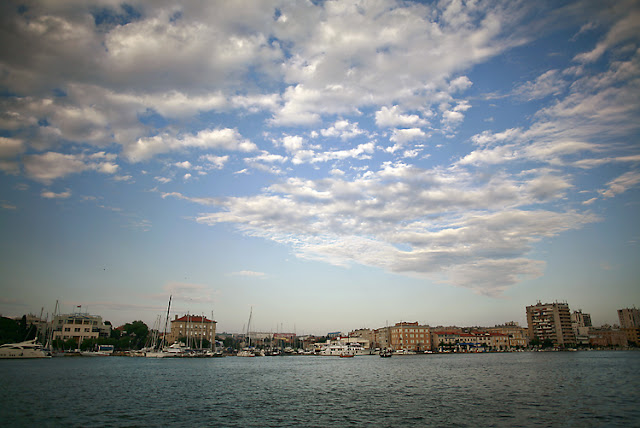 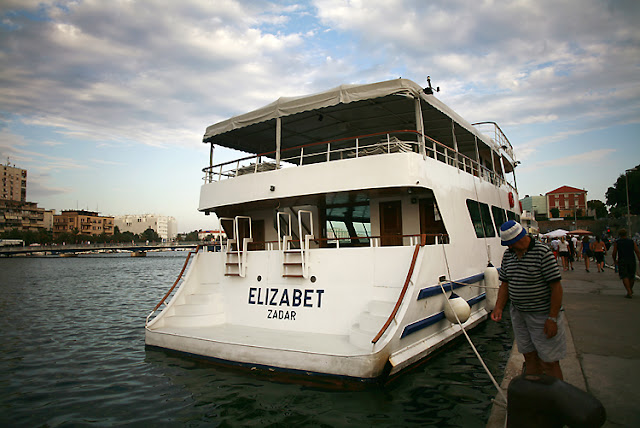 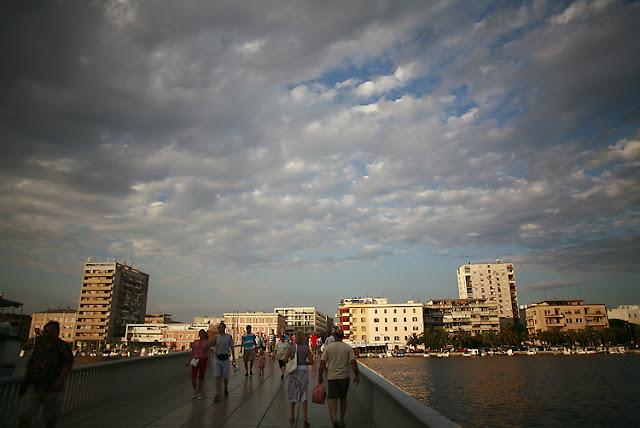 So our trip is officially over.  We had a great five weeks but I actually can’t wait to get back to our apartment in Madrid.  I plan to stay there, with the fans on and watch TV.  We only have a week to be lazy before we start our one month hike along the Camino de Santiago.  I still have to show yall a little more of Croatia – my favorite parts – and Slovenia which was pretty rad also.  Hope everyone is having an awesome summer!